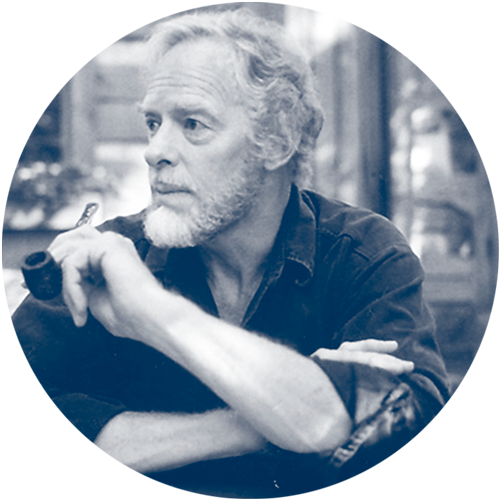 His journalistic career included employment at The Indianapolis Times and The Indianapolis Star, where he was Business and Finance columnist. He taught at the Indiana University School of Journalism on the Bloomington campus in the late 1970s.

His first published novel, Spectator Sport, appeared in 1978, followed the next year by Long Knife, the first of the meticulously-researched historical novels for which he is best known. This has been followed by Follow the River, From Sea to Shining Sea, Panther in the Sky, The Children of First Man, The Red Heart, Sign Talker and Saint Patrick’s Battalion. Thom’s novels have sold more than 2.5 million copies and most are still in print. Panther in the Sky won the Western Writers of America SPUR award in 1989 as Best Novel of the West. Today, Thom lives in a log cabin in Owen County where he continues to write, illustrate and sculpt. More information available at www.jamesalexanderthom.com.