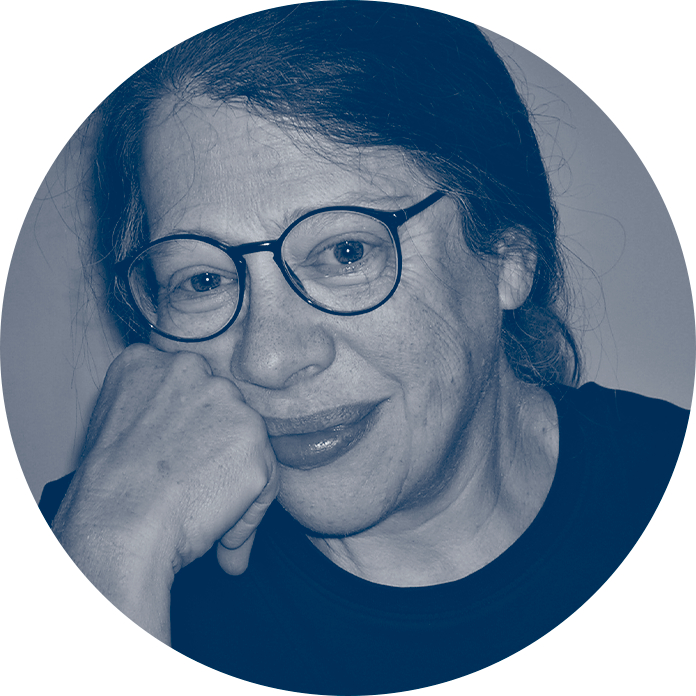 Marianne Boruch has written eleven books of poetry, including Bestiary Dark, The Anti-Grief, Eventually One Dreams the Real Thing, and, Cadaver, Speak (Copper Canyon Press 2021, 2019,  2016, 2014), Her collection, The Book of Hours (Copper Canyon, 2011), received the Kingsley-Tufts Poetry Award in 2013. She’s published a memoir, The Glimpse Traveler (Indiana University Press, 2011) and four essay collections, two in the “Poets on Poetry” series at the University of Michigan Press (1996 and 2017), one from Trinity University Press (2005) and the forthcoming Sing by the Burying Ground (Northwestern University Press, 2023). Her poems and essays have appeared  in the New Yorker, Narrative, American Poetry Review, The London Review of Books, FIELD, Poetry, The Rumpus, The New York Review of Books, Georgia Review, The Kenyon Review, The Believer, New England Review, The Paris Review, and elsewhere. Among her awards are the Eugene and Marilyn Gluck Indiana Writers Award (national division) 2015, Pushcart Prizes, fellowships from the Guggenheim Foundation, the National Endowment for the Arts; residencies at the Rockefeller Foundation’s Bellagio Center, MacDowell, Yaddo, the Anderson Center (Red Wing, MN), as well as stints as artist-in-residence at two National Parks, Isle Royale and Denali. In 2012, she was a Fulbright/visiting professor in the U.K. at the University of Edinburgh; and in 2019, a senior research Fulbright scholar at the University of Canberra in Australia.  In 2016, Boruch went rogue and emeritus from Purdue University where she taught since 1987 and established the MFA Program in Creative Writing, directing it for many years, going rogue and emeritus in 2018.  She was appointed the Jennifer Jarhrling Forese Writer-in-Residence, Colby College, Waterville, Maine for spring semester, 2022. She lives in West Lafayette, Indiana with her husband where they raised their son.

See all the 2022 winners and learn more about the 2022 Awards. See the entire poetry shortlists.