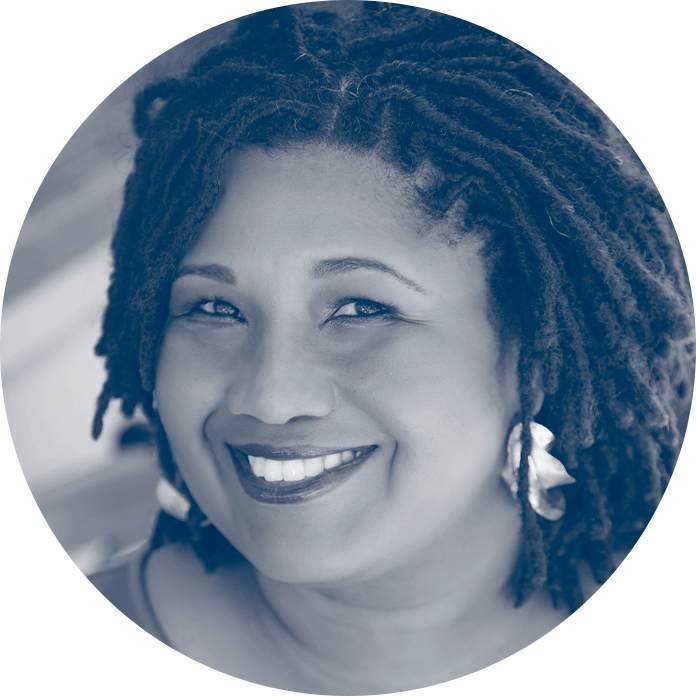 Gary, Indiana, native Tamara Winfrey-Harris is a writer who specializes in the ever-evolving space where current events, politics and pop culture intersect with race and gender. She says, “I want to tell the stories of Black women and girls, and deliver the truth to all those folks who got us twisted—tangled up in racist and sexist lies. I want my writing to advocate for my sisters. We are better than alright. We are amazing.”

Tamara is the author of two books: The Sisters Are Alright: Changing the Broken Narrative of Black Women in America (Berrett-Koehler Publishers 2015) and Dear Black Girl: Letters From Your Sisters On Stepping Into Your Power (Berrett-Koehler Publishers 2021). The award-winning Sisters, now in its second edition, was optioned by Wise Entertainment and Gabrielle Union’s production company I’ll Have Another to be turned into a dramedy for television.

Tamara’s work has been published in media outlets, including including The New York Times, The Atlantic, Cosmopolitan, New York Magazine and The Los Angeles Times. And her essays appear in The Lemonade Reader: Beyonce, Black Feminism and Spirituality (Routledge, 2019); The Burden: African Americans and the Enduring Impact of Slavery (Wayne State University Press, 2018); Black in the Middle: An Anthology of the Black Midwest (Black Belt Publishing, 2020); and other books.

Tamara is co-founder of Centering Sisters, LLC, an organization that unapologetically addresses the needs and issues of Black women and girls; and the Black Women’s Writing Society, a monthly virtual space for Black femme creatives. She is also a certified yoga teacher who focuses her work on the healing and well-being of her sisters.

She is a keynote speaker often called to discuss race, gender and social justice, including at colleges nationwide, such as The Ohio State University, Purdue University, Northern Arizona University, Frostburg State University, Roosevelt University and Princeton University. In the winter semester of 2022, Tamara served as the first ever LiberateHer-in-Residence at Bennett College, a historically Black women’s institution in Greensboro, NC.

Tamara is the vice president of people, culture and brand at Central Indiana Community Foundation. She is a proud member of the Alpha Mu Omega chapter of Alpha Kappa Alpha, Sorority, Inc., and the Circle City (IN) chapter of The Links, Incorporated.

See all the 2022 winners and learn more about the 2022 Awards. See the entire young adult shortlists.