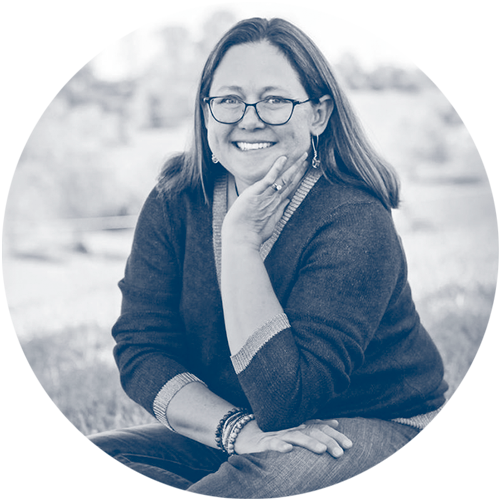 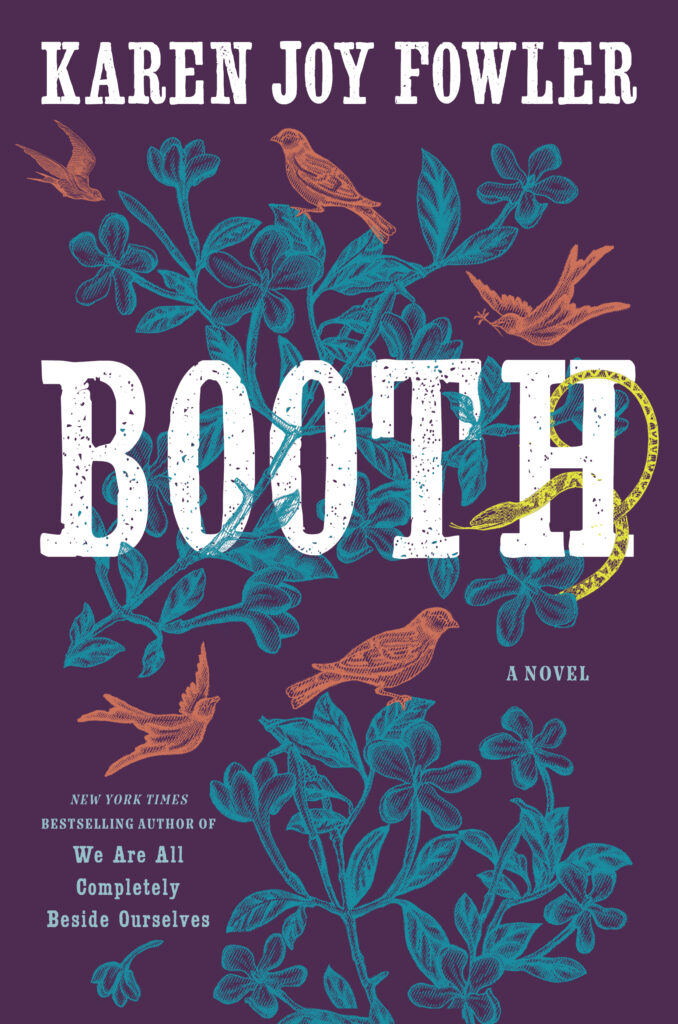 The story of the Booth family starts with one crazy man and ends with another. You know the bulk of the ending already—how John Wilkes Booth shot Abraham Lincoln point-blank in the head, at the Ford Theater in Washington, D.C. How he was hunted down and killed. Karen Joy Fowler’s latest epic novel, Booth, is more about the family’s journey than their destination.

There were ten Booth children, though never at the same time—numbers three through six dying before seven through ten were born. Their mother, astonishingly beautiful, once sold flowers on Drury Lane. Their father, Junius Brutus Booth, an impassioned, histrionic, critically lauded yet wholly unreliable actor (one of the children, reading theatrical reviews, feels “inebriated” must be high praise), flits on and off the family stage. Even when absent he’s the sun around which they all revolve. He can’t bear to end a wildflower’s life by picking it, but he also forgets to tell anyone about the wife he left behind in England—until she arrives in Baltimore and calls the children’s mother a whore on the street. Even then, Junius casts such a glamour over all their lives that they will both fight to become like him, and fight over which of them suffered the most because of him.

Three of the brothers follow their father onto the stage. Edwin Booth will become the most famous actor of his day, but his younger brother John will be considered more talented and become almost equally well-known. Long before the assassination Lincoln enjoyed watching both of them perform.

Fowler employs a nearly omniscient third-person narration, sliding the point-of-view gracefully from character to character, spending the most time with the older sister, invalid Rosalie, the younger sister Asia, and Edwin. (She never ventures into John Wilkes Booth’s head.) She punctuates the family saga with brief chapters on Lincoln’s life, John Brown, and the eventual progress of the Civil War. This keeps the story moving—no single person could tell the whole thing—and also keeps us from choosing a favorite. There’s tragedy and banality in all of them.

Grounded, precise prose offers a necessary counterpoint to the wild excess of the characters and events. When Father returns home to find one of his children dead, he digs her body up and tries to revive her. While shocked adults watch, Rosalie and her little brother Henry are sent from the room. “They sat together on one of the upper steps. It was smooth and cold and sloped a little in the middle where people put their feet. ‘It’s all right,’ Rosalie told Henry. ‘Father is fixing it.’”

He doesn’t, of course.

Though an ambitious and impressive book, Booth falters somewhat on the issue of slavery. Fowler presents most of the Booths as they see themselves—abolitionists, since they only lease slaves, not buy them—without digging into the racism inherent even in most abolitionists at the time. Even so, it’s a story worth following until the final curtain.

Kimberly Brubaker Bradley is the two-time Newbery Honor winning and #1 New York Times bestselling author of several acclaimed middle grade novels, including Fighting Words, The War That Saved My Life, The War I Finally Won, and Jefferson’s Sons. She was born and raised in Fort Wayne, Ind., near the setting for her first novel, Ruthie’s Gift, and lived in Indianapolis for several years with her husband and young family until moving to a farm outside Bristol, Tenn., where she now lives. She and her husband have two grown children and live with their dog, several ponies, a highly opinionated mare, and a surplus of cats. Visit her at kimberlybrubakerbradley.com.

Karen Joy Fowler is the New York Times bestselling author of six novels and three short story collections. Her 2004 novel, The Jane Austen Book Club, spent thirteen weeks on the New York Times bestsellers list and was a New York Times Notable Book. Fowler’s previous novel, Sister Noon, was a finalist for the 2001 PEN/Faulkner Award for fiction. Her debut novel, Sarah Canary, won the Commonwealth medal for best first novel by a Californian, was listed for the Irish Times International Fiction Prize as well as the Bay Area Book Reviewers Prize, and was a New York Times Notable Book. Fowler’s short story collection Black Glass won the World Fantasy Award in 1999, and her collection What I Didn’t See won the World Fantasy Award in 2011. Her novel We Are All Completely Beside Ourselves, won the 2014 PEN/Faulkner Award for fiction and was short-listed for the 2014 Man Booker Prize. Born and raised in an academic family in Bloomington, Ind., she holds an undergraduate degree from the University of California, Berkeley and a graduate degree from University of California, Davis. She lives in Santa Cruz, California.