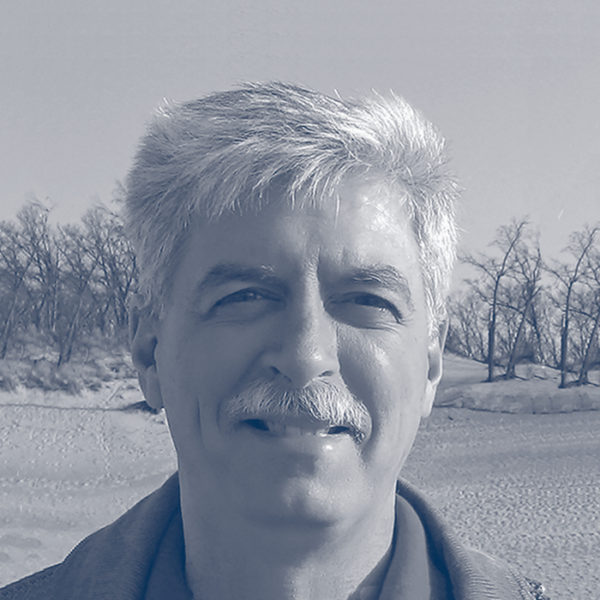 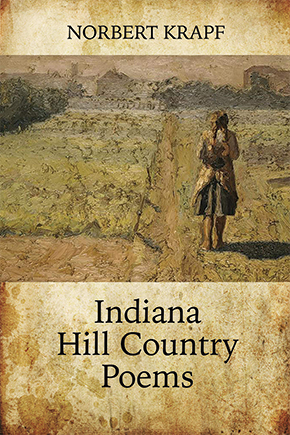 Norbert Krapf deftly invites readers of his poetry to visit places personally important to him and to meet the people, past and present, with whom he has shared those locations. Within the carefully crafted lines of poetry in Indiana Hill Country Poems, his work repeatedly displays deep insight into the human condition, compelling a certain degree of empathy from every individual witnessing the situations this author, his family members, and others who have influenced his life have faced.

Indeed, Krapf’s ability to recreate an atmosphere or mood in a persuasive manner evoking feeling—surrounded by the sights, sounds, scents, textures, and tastes contained in his rich and lyrical language—appears to be a central strength. For instance, at the start of “Particles of Life” the poet vividly depicts a sensuous memory while simultaneously giving glimpses of a young man whose awareness of his environment hints at the beginning level of observational instincts needed for development into a skillful writer of description:

There were shelf mushrooms
growing on the bark of trees
and the sounds of cicadas,

bits of hickory shells free-
falling through layers of leaves
illuminated by sunlight,

as I took my silent steps
as a boy alive with sight,
sound, and a sacred sense….

Speaking of his poetry and the perspective he brings through the written word in “The Dark Red Heart,” Krapf traces his hand along the surface of a reddish-brown jasper stone, which carries the same name as his birthplace of Jasper in southern Indiana. Blending the two within the stanzas of his poem, he confides to his readers: “I would touch and hold / and sing my song of / all that is smooth / as well as rough / and let the beat / of my red heart // pulse in the poems….” By the close of this poem, Krapf includes a suggestion of the subjects he finds most worthy to write: “the love / of place and people / and the blood / of the land.” Elsewhere, in a poem about Indiana’s Brown County State Park, he declares: “I am the voice / of hills and woods.”

As current experiences trigger his memories, Krapf continually examines the lasting impressions of events or interactions he recalls. Even something seemingly as minor as a childhood perception of a saleswoman’s smile in “Five and Dime” when handing the boy his “little bag of warm cashews” recurs today when the poem’s adult speaker, perhaps more than a half century later, attends a social event: “at a party I pick out just the right / cashews from the dish and I’m back // there looking up with small coins / in my hand to give in exchange for / my salty bag of delights and a smile.”

Norbert Krapf’s poems are filled with reminiscences—sometimes joyful, sometimes sad—about family members: mother, father, brother, sisters, aunt, uncle, grandfather, grandson, and wife. The closing section of the book, “Entering Lampert’s Woods,” presents a sequence of poems elegizing Mary, a sister. In “Stillborn Love Song” and other pieces, the poet even recalls the loss of a sister named Marilyn, someone he never met: “I love you, stillborn sister, / when everything turns so quiet / the only sound I can almost hear / is the settling of snowflakes / on branches above my head.” In other dark passages of poems, he recollects sexual abuse of him and his brother, later estranged from the family, at the hands of his “father’s pastor, his spiritual advisor.”

In one of the volume’s three sections, titled “A Prost to Our Roots” (prost being the German cheer shouted when offering a toast), Krapf expands his contemplation on the past to reflect upon his German ancestry and incorporate sites in Franconia. Occasionally, he combines interests to emphasize connection, such as when he addresses his wife in “You Stand There Ironing,” a poem suggested by Tillie Olsen’s famous and similarly titled short story: “Behind you in a large framed photo stands / a Franconian farmer. Hans Engel, an angel // of the fields where my day-laborer ancestors / worked before emigrating to America.”

The pages of this book chronicle many spots found on a map of Indiana besides Jasper, his birthplace, such as South Bend, Monon, New Harmony, and Evansville, as well as others unnamed yet identifiable. Consequently, leafing through this collection devoted almost totally to Indiana feels perhaps a bit like the cataloguing of American settings in Walt Whitman’s Leaves of Grass, which is mentioned in the poetry as an influence. As in Whitman’s work, Norbert Krapf portrays the land and its people in a variety of scenes, and frequently the two are bound together. The closing poem of the volume, “Flow, River, Flow,” opens with a defining stanza: “River of my youth / winding through valleys / wooded hills beyond / rolling on and on, / live in my song.” Like Whitman’s “Song of Myself,” Krapf’s Indiana works in this book set forth a selection of lyrical pieces representing a portrait of the poet but often indirectly, a picture derived from portrayals of those people and places he loves:

Edward Byrne is the author of eight collections of poetry and he has also edited two anthologies of poetry. His poetry, prose, and photography have appeared widely in literary journals and magazines. Byrne is a professor in the English Department at Valparaiso University, where he edits Valparaiso Poetry Review and co-edits Valparaiso Fiction Review.