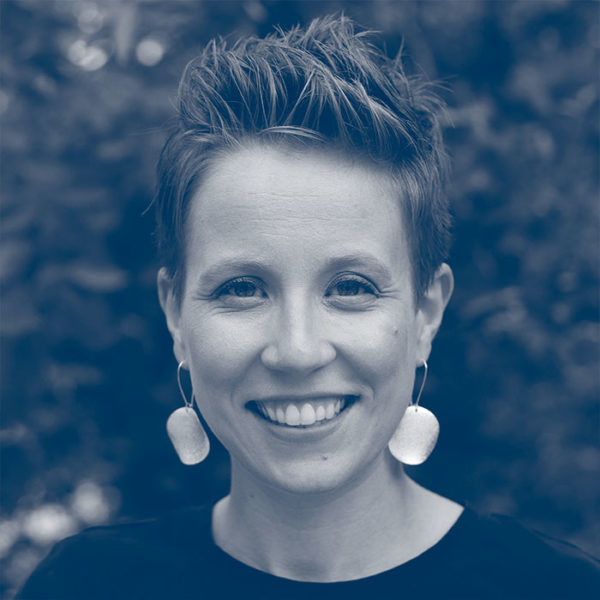 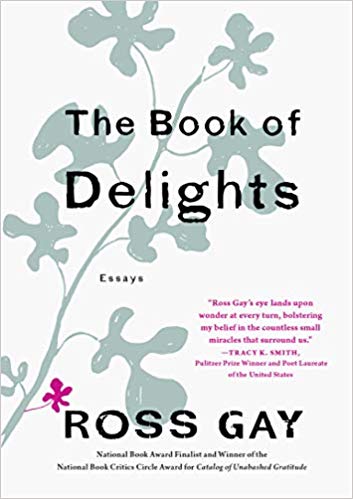 The Book of Delights

In The Book of Delights, a collection of lyric essays by Ross Gay from Algonquin Books, Gay describes “feeling delighted and compelled to both wonder about and share that delight.” Driven by that impulse, Gay writes the 102 short essays that make up The Book of Delights, exploring delight with beauty, humor, and a tender, compassionate eye. Throughout, Gay suggests what delight might tell us about our lives and our connections to one another.

The award-winning Gay, who teaches at Indiana University, begins this study on his birthday, writing mostly daily accounts of delight, completing the project a year later. Essays have titles like, “Flower in the Curb,” “Nicknames,” and “Fireflies,” with Gay’s observations from his garden and the natural world to encounters in coffeeshops and airports and on the basketball court. We learn what detailed attention to delight does for Gay, and by extension, all of us, how it leads to what Gay calls “the development of a delight muscle.” In other words: “the more you study delight, the more delight there is to study.” The collection’s first essay, “My Birthday, Kinda,” trains us toward this practice, listing and cataloguing many delights, a kind of bootcamp that prepares us for the year ahead.

Often anchored in specific places and experiences, the essays of The Book of Delights are spurred by specific occasion or observation. For instance, “I just got the sweetest textual message from my friend,” says Gay, or “Today I have smuggled three fig cuttings onto a flight from Philadelphia to Detroit.” Gay effectively grounds us in a specific moment, fully experiencing the now, in essays that embrace the miracles of daily life. For example, in “Praying Mantis,” Gay shows how a patron who hasn’t picked up after himself, which might at first seem decidedly not delightful (even depraved), leads to “a gorgeous transparent stage” for a praying mantis to perform and for Gay to notice. There are other delights for the reader, too, sprinkled inside these moments, like Gay’s recipe for guacamole or instructions of how to get more nitrogen into the garden, along with frequent and generous nods to books, films, and music, tender suggestions for the reader’s further study.

The project is a record of delights, but is also a moving record of its making, as in essays like “Stacking Delights,” a particularly touching section. Here, Gay acknowledges that he’s been saving delights, making sure there is always a subject for writing, but he resolves to “clear them away,” instead having “faith that delight will be with you daily, that you needn’t hoard it.” Importantly, this delight does not mean a lack of difficulty or complexity, with The Book of Delights engaging with what it means to live as a black man in America, as well as with complex family relationships, the loss of loved ones, and destructive cultural norms like violence and consumption. For example, “Still Processing” pushes against “the commodification of black suffering” with the project of the book itself, “a book of black delight.”

More than anything else, The Book of Delights insists on the value of connection, both between already-loved ones and strangers. We are drawn to delight and to each other through life’s fragility, “an acknowledgement of the precarity of the whole thing.” Studying delight convinces Gay of the essential goodness of human beings. Gay sees this especially in the expressions of the body, like women Gay observes in an airport, a younger woman straightening an older woman’s collar, Gay’s head “twisting toward them like a sunflower,” because “so in love was I with this common flourish of love.” Gay asks us to acknowledge our goodness, how “we are, if we pay attention, in the midst of an almost constant, if subtle, caretaking.”

Callista Buchen is the author of the poetry collection Look Look Look (Black Lawrence Press, 2019) and the chapbooks The Bloody Planet (Black Lawrence Press, 2015) and Double-Mouthed (dancing girl press, 2016). Her work appears in Harpur Palate, Puerto del Sol, Fourteen Hills, and many other journals, and she is the winner of the Langston Hughes Award from the Lawrence Arts Center, DIAGRAM‘s essay contest, and the Nan Snow Emerging Writer Award. She teaches at Franklin College in Indiana, where she directs the creative writing program.