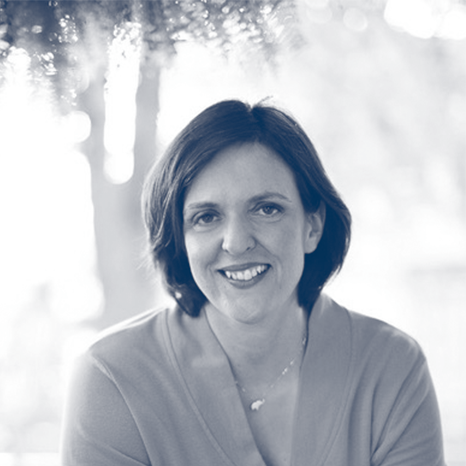 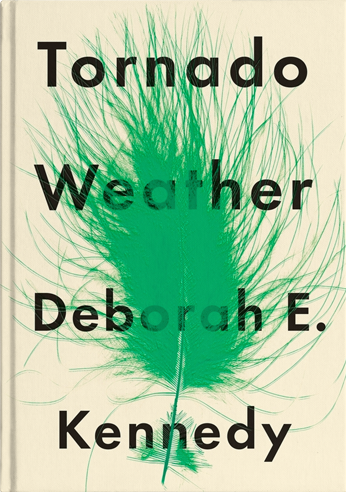 There are two ways to write about Indiana—warmly and fuzzily, stirred by sentimentality and nostalgia, and a way that tells the truth. Take for example Deborah E. Kennedy’s debut novel, Tornado Weather, the most recent emerging author winner of the Eugene and Marilyn Glick Indiana Authors Awards. Which kind is it? The title of the first chapter makes it pretty clear: “Where They Killed All the Indians.”

Even as I write this, there’s an Indiana chorus in my head of aunts, grandpas, and Sunday school teachers, saying, “Well, if she can’t say something nice, she shouldn’t say anything at all.” And, “That was all in the past. No use dwelling on it!” Or, “I don’t see why you’ve got to focus on the negative so much.”

To them I say, “This is why everyone in the state of Indiana needs to read this book.”

Tornado Weather takes place in fictional Colliersville, Indiana in the vicinity of DeKalb County, north of Kennedy’s hometown of Fort Wayne. Colliersville may be in the middle of nowhere, but it’s the center everything that’s going on in our country right now. There’s a mystery at the heart of this book, but this isn’t a mystery novel, per se. It’s a chorus of voices, similar in structure to Sherwood Anderson’s Winesburg, Ohio and Louise Erdrich’s Love Medicine. And the mystery is: Where is five-year-old Daisy Gonzalez?

Her disappearance comes just after the local dairy owner is busted for exploiting cheap Mexican labor, leaving the “illegals” stranded in hostile territory. One gets a job stripping at Miss Kitty’s. Another gets a custodian job. Sometimes at the laundromat, they jam up the washers with pesos, until one day the owner posts a “No Mexicens” sign (yes, misspelled).

Tornado Weather is set before the 2016 Presidential election, but clearly, the election of Donald Trump is on the horizon. You see it in the casual racism (characters referring to a certain school bus route as “the ghetto bus”) and the not-so-casual kind (slurs scrawled in Sharpie, men target-shooting at a “cartoonish” likeness of Barack Obama), to the outright hateful (“People like Shellie Pogue and the entire Seaver clan…thought the solution to illegal immigration was to build an eight-hundred mile humming fence along the Rio Grande that would electrocute men, women, and children upon contact.”), which leads to the act that precipitates the novel’s central, inevitable tragedy.

Colliersville and its residents struggle with other kinds of change. Once, Shellie Pogue “could count on knowing everyone in town. But now, wherever she went she ran into people speaking Spanish …Shellie was confronted with whole families of strangers who clearly didn’t belong here.” Willa Yoder, a young trans woman, looks for acceptance at the local Hair Barn, while her mother Birdy tries to kick opioids at the county rehab facility. When Helen Garrety’s grandson Kenny enlists to fight in Iraq, she blames George W. Bush personally, which prompts her old friend Shellie Pogue to accuse her of “spitting on the flag.” With nearly every chapter set in Colliersville, the reader is immersed within the small-town mindset, in which being different “was pretty much as bad as it got.”

Why do these attitudes prevail in Colliersville? Kennedy’s answer is simple: the suspicion and fear has always been there.

She draws a line from town namesake General Henry Collier, who slaughtered a whole Native American village because a local chief kidnapped his daughter, to Hank Seaver, whose militia group shoots targets wearing sombreros and who warns his daughter, Renee, of dangerous Mexican men.

In between Collier and Seaver is D.C. Stephenson, of course. The novel doesn’t invoke Indiana’s Klan past, the lynching in Marion, Indiana, or our many sundown towns. I mean, once you get started on that, where do you stop? Instead, Kennedy wants us to think about our newest Other. Because isn’t that what’s been on our minds since 2016?

I want you to know that, despite everything I’ve written here, Tornado Weather is a positive, hopeful book, and that as much as Kennedy underscores Indiana’s faults, she believes in us, too. Warmly. Fuzzily. Sentimentally. That we can overcome our political differences and rally together. That we can change and find common ground. That God exists.

Read this novel in your book club and invite the Seavers and the Pogues and especially the Gonzalezes.

If you’re inclined, make art about your Colliersville, like Renee Seaver does. Turn those deplorable targets into art, “a version of history that only you understand.” Show it to your dad and he just might cry and put his gun away for the night, like Hank does.

Cathy Day is the author of The Circus in Winter and Comeback Season. She teaches at Ball State University and lives in Muncie, Indiana with her husband. She’s finishing a new novel, Linda before Cole. You can find her at http://cathyday.com/.