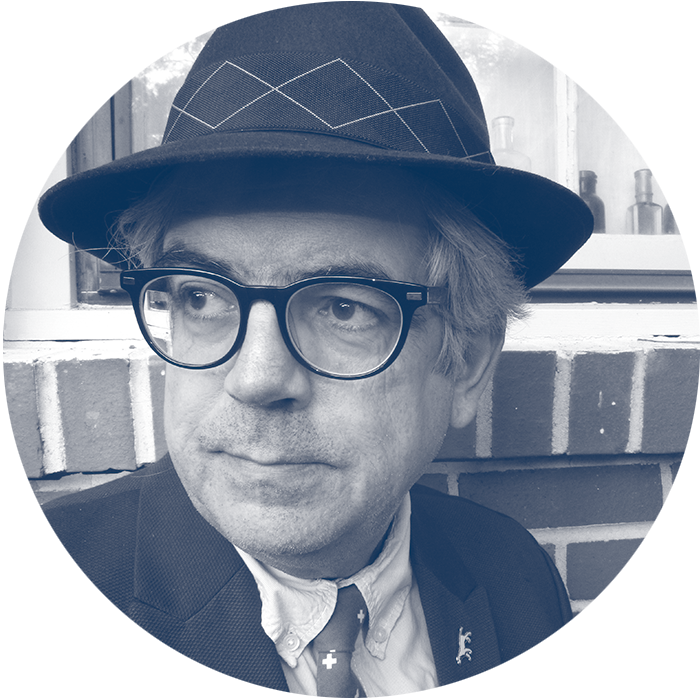 Michael Martone’s new book, The Complete Writings of Art Smith, The Bird Boy of Fort Wayne, Edited by Michael Martone will be published by BOA Editions Ltd., in October of 2020. Recent books are The Moon Over Wapakoneta; Brooding; Memoranda; Winesburg, Indiana; Four for a Quarter; Not Normal, Illinois: Peculiar Fiction from the Flyover; Racing in Place: Collages, Fragments, Postcards, Ruins, a collection of essays; and Double-wide, his collected early stories. Michael Martone, is a memoir in contributor’s notes. Unconventions: Writing on Writing and Rules of Thumb, edited with Susan Neville, are craft books. He is also the author of The Blue Guide to Indiana, published by FC2. The University of Georgia Press published his book of essays, The Flatness and Other Landscapes, winner of the AWP Award for Nonfiction, in 2000. With Robin Hemley, he edited Extreme Fiction. With Lex Williford, he edited The Scribner Anthology of Contemporary Short Fiction and The Touchstone Anthology of Contemporary Creative Nonfiction Martone is the author of five other books of short fiction including Seeing Eye; Pensées: The Thoughts of Dan Quayle; Fort Wayne Is Seventh on Hitler’s List; Safety Patrol; and Alive and Dead in Indiana. He has edited two collections of essays about the Midwest: A Place of Sense: Essays in Search of the Midwest and Townships: Pieces of the Midwest. His stories and essays have appeared in Harper’s, Esquire, Story, Antaeus, North American Review, Benzene, Epoch, Denver Quarterly, Iowa Review, Third Coast, Shenandoah, Bomb, Story Quarterly, American Short Fiction and other magazines.

Martone was born and grew up in Fort Wayne, Indiana. He attended Butler University and graduated from Indiana University. He holds a M.A. from The Writing Seminars of The Johns Hopkins University.

Martone has won two Fellowships from the NEA and a grant from the Ingram Merrill Foundation. His stories have won awards in the Italian Americana fiction contest, the Florida Review Short Story Contest, the Story magazine Short, Short Story Contest, the Margaret Jones Fiction Prize of Black Ice Magazine, and the first World’s Best Short, Short Story Contest. His stories and essays have appeared and been cited in the Pushcart Prize, The Best American Stories and The Best American Essays anthologies. In 2013 he received the national Indiana Authors Award, and in 2016, the Mark Twain Award for Distinguished Contribution to Midwestern Literature. Michael Martone is recently retired as a professor at the University of Alabama where he had been teaching since 1996. He has taught creative writing classes for 40 years. He has been a faculty member of the MFA Program for Writers at Warren Wilson College since 1988. He also taught at Iowa State University, Harvard University, and Syracuse University.

See the entire fiction shortlist or learn more about the 2020 Awards.