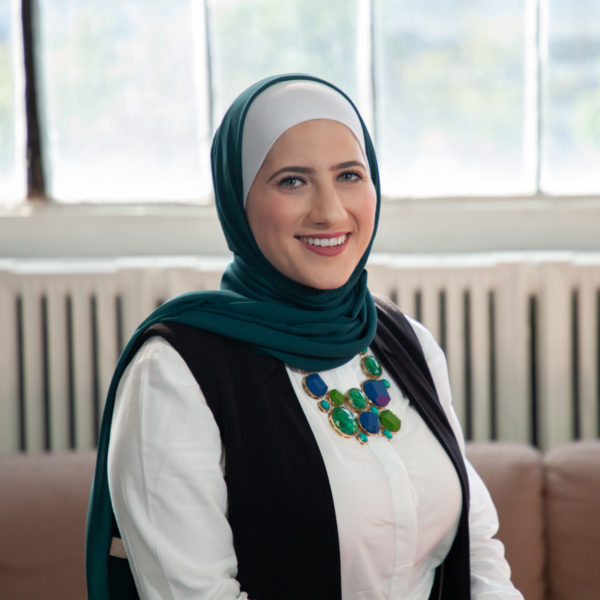 I was born in the Middle East and Arabic was my first language. I am a proud Arab American of Palestinian-Jordanian descent, and I have lived most of my life in Central Indiana. I consider Indiana to be home, as much as I also consider Jordan to be home. Growing up Arab in the United States meant that I grew up in a country that does not even recognize my ethnicity on the Census. It was also rare to find Arab as an option when being asked for my ethnicity for other reasons like college applications, employment paperwork, etc. The Census considers Arabs, other ethnicities from the Middle East, and North Africans to be Caucasian, so the narrative of Arabs in America has been whitewashed.

Arab Indianapolis by Edward Curtis tells the untold history of Arabs in Indianapolis, one that I did not even know. It connects the past with the present. It is a collection of short essays, photos, and food recipes that tell the many stories of Arabs in Indianapolis since the late 1800s to now. The stories emphasize that our community is not a monolith, and that Arabs practice different faith religions too. Curtis does a profound job of showcasing the many Arab generations that have existed in Indiana and the accomplishments and contributions they have made and continue to make.

Curtis highlights the former areas and neighborhoods that Arabs once called home, like Lucas Oil Stadium, Monument Circle, the Indiana War Memorials, Riverside Park and more. One of the first stories that readers are introduced to is that of Helen Corey, the first Arab American to hold statewide elected office and the author of one of the most famous books on Syrian cuisine. Our identities are complex and writing about them is no easy task. That is why Arab Indianapolis is not just one story or one identity; it is many.

As a community that is often subjected to stereotypes and bias, Arab Indianapolis humanizes the stories of Arabs. We have been in the city for many generations and will continue to be here for many generations to come. Our communities are better off when we not only celebrate and embrace one another, but when we also know and understand the history of our neighborhoods. Although the Census does not recognize Arabs as their own ethnic group, I am proud to at least have a book that does. That is why I recommend this read to everyone of all ages. This is something to enjoy reading in classrooms, book clubs, or on your own.

Sara Hindi was born in Amman, Jordan, but has spent most of her life living in Central Indiana with her parents, three brothers and sister. She is currently the Public Affairs Manager for the Indianapolis City-County Council. Sara received her Master of Public Affairs from the O’Neill School of Public Affairs at IUPUI in August 2022. Previously, she was a legislative intern with a local lobbying firm and had served the refugee community in Indianapolis for 7 years at Exodus Refugee Immigration. Sara is a part of Class 4 for Hoosier Women Forward and member of IndyHub’s 1828 Leadership Project Class X. In her spare time, she proudly serves as a Board Member for the American Civil Liberties Union of Indiana and Women4Change.

Edward Curtis is a publicly-engaged scholar of Muslim American, African American, and Arab American history and life. His book, Muslims in America: A Short History (Oxford, 2009), was named one of the best 100 books of 2009 by Publishers Weekly, and his two-volume Encyclopedia of Muslim-American History was deemed one of the “best reference works of 2010” by Library Journal. Curtis’ most recent works include Muslims of the Heartland: How Syrian Immigrants Made a Home in the American Midwest  (New York University Press) and Arab Indianapolis (Belt Publishing).

Dr. Curtis is William M. and Gail M. Plater Chair of the Liberal Arts and Professor of Religious Studies at the Indiana University School of Liberal Arts at Indiana University, Indianapolis. He is the recipient of fellowships and grants from the National Endowment for the Humanities, the Carnegie Corporation of New York, the Fulbright Scholar Program, the Andrew Mellon Foundation, the American Academy of Religion, and the National Humanities Center. Curtis holds a doctorate in religious studies from the University of South Africa, a master’s in history from Washington University, and a B.A. in religion from Kenyon College. He grew up in Southern Illinois.